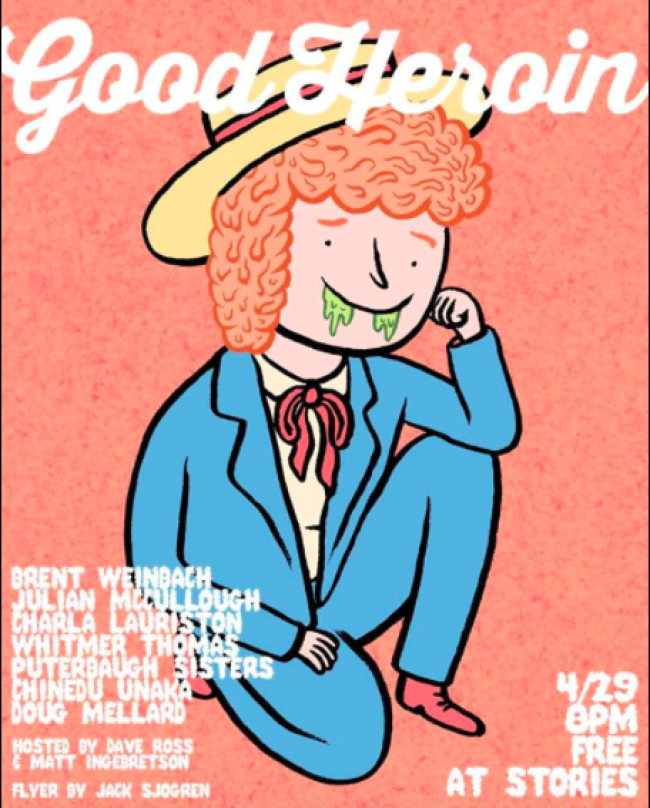 Once again, it’s another fabulous weekend of comedy and Santa Ana windswept sunshine (although this show is at night). TOMORROW, April 29th, at Stories Books and Cafe in Echo Park join hosts Dave Ross and Matt Ingebretson for an evening of coffee punctuated comedy surrounded by books and kindred spirits. At GOOD HEROIN you will experience live comedy delivered to you by these fantastic folks: