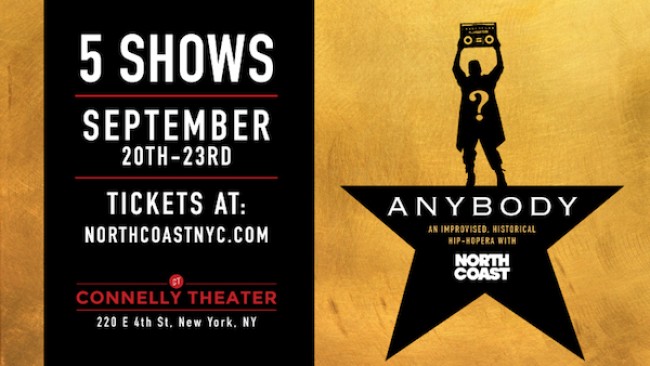 NORTH COAST is a group of improv comedy vets known for their fusion of freestyle rapping and improv comedy. Their fully improvised musical comedies have played to nationwide and international audiences. They’ve also impressed audiences at the PIT in NYC with their weekly signature show and have been featured on Vh1, in Slate’s The Gist, The Village Voice, and The New York Times. Starting September 20th, the group brings their FULLY improvised show ANYBODY: An Improvised Historical Hip-Hopera to the Connelly Theater in the East Village. North Coast improvising their hearts out (Photo by Kevin McNair)