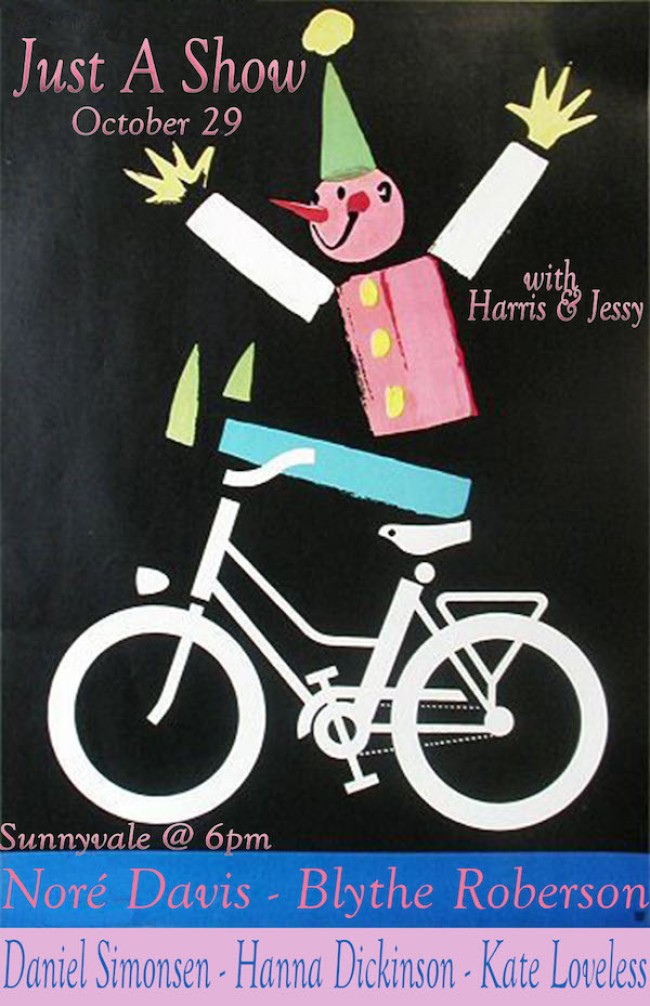 This month at the JUST A SHOW Show Harris Mayersohn, of the Late Show with Stephen Colbert, hosts alongside Jessy Morner-Ritt! In addition to double the hosting magic, Sunday, October 29th, you will enjoy pre-evening shenanigans with this bunch of comedy mavericks:

It’s all the stand-up, sketch, and variety you could want all for next to nothing. Don’t miss out!

Mentions: Doors at 5:30 and show starting at 6. $6 presale/$8 at door. Sunnyvale BK is located at 1031 Grand St. in East Williamsburg. More info on Facebook.