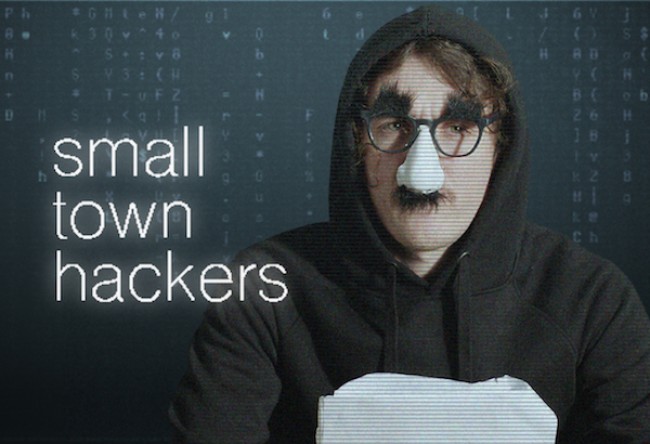 The first Australian series to be commissioned by Above Average is now available for your viewing pleasure. SMALL TOWN HACKERS was created by Henry Inglis and Matt Lovkis, and produced by Lauren Elliott of Mad Kids. Tim Watts plays Alex Gout, who has returned to his hometown of Durran for the funeral of his high school sweetheart, Lucy Boddington (Caris Eves). In the first episode we find Alex getting the 411 on what’s new in the town from his brother Devon, played by Sam Campbell. After meeting his mom’s new beau, senior sergeant Boyle, Tim sees Lucy in his dreams and wakes up to an anonymous text message and watchful teddy. Watch Alex is Back, episode one of the 6 part series NOW!

Mentions: Watch the rest of the series at Above Average’s YouTube channel.