Video Licks: “Cleopatra & Caesar” Do Some Catching Up in POWER COUPLE at Above Average 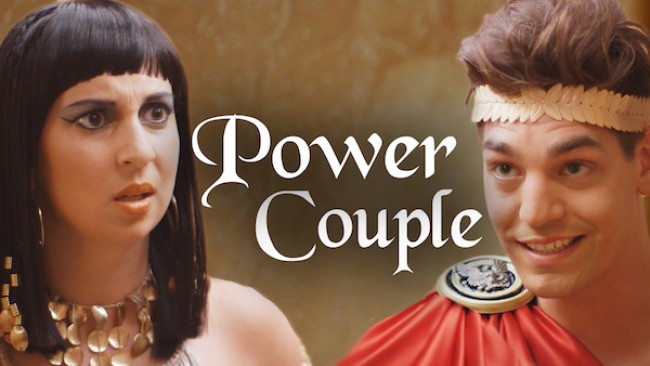 Gotta love a power couples, kids! In this new series from SUDI GREEN (SNL writer) & MATT ROGERS (Las Culturistas), premiering on Above Average, take a look behind the curtain at historic and sometimes totally made up POWER COUPLE dynamics. In this “Cleopatra & Caesar” episode, we meet the Ptolemaic Kingdom diva herself, Cleopatra, and her Roman ruler in crime, Julius Caesar, taking a reprieve from a very Pagan bacchanalia. If only that Mark Antony would quit interrupting their little tête-à-tête! Enjoy.

This video stars Sudi Green as Cleopatra and Matt Rogers and Caesar. Bowen Yang plays Mark Antony and BJ Gruber is the shirtless man in the horse mask. This video was directed by Peter Kelly and produced by Kelly Harper.

Mentions: Look for new episodes of Power Couple at Above Average!