Video Licks: Get Ready For An EXCLUSIVE Viewing of A Dark New Comedy Starring James Adomian 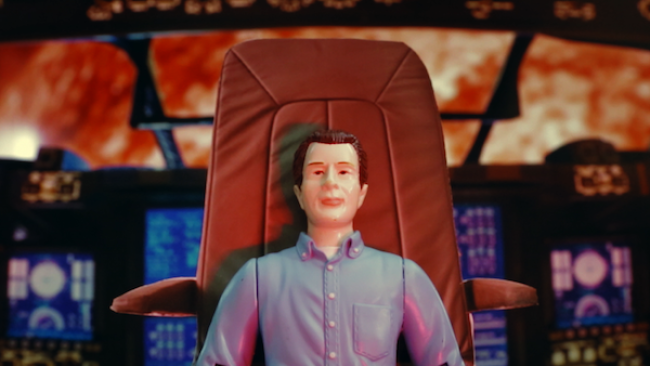 Who doesn’t like astronauts? Aliens? Never you mind! You might change your thoughts on one particular space adventurer in the new dark comedy starring comedians James Adomian, Amber Nelson and Clark Jones. I WANT TO KILL, a slightly pathological and awesomely funny video, filled with animation and stop motion effects by Brooklyn-based writer/director Dan Yadin, will give you those early Robot Chicken feels, as they should! We find Astronaut Robert Holeman “fed up with suburbia, after years of desires going unrealized and confronting his privilege, boredom, and mortality he’s been nudged into a sort of suicidal/genocidal nihilism stoked by a steady diet of drugs.” Are these violent vision contagious? Only one way to find out! Watch I WANT TO KILL! (WARNING: Watch when sober, if you dare)

i want to kill from Dan Yadin on Vimeo.

Dan Yadin is a filmmaker based in Brooklyn, NY who bring animation and live action films to the masses. He’s the recipient of a PromaxBDA gold award and has worked with companies such as Buzzfeed, Spotify, AOL, Nickelodeon, MTV, College Humor, and most recently Some Spider Studios.