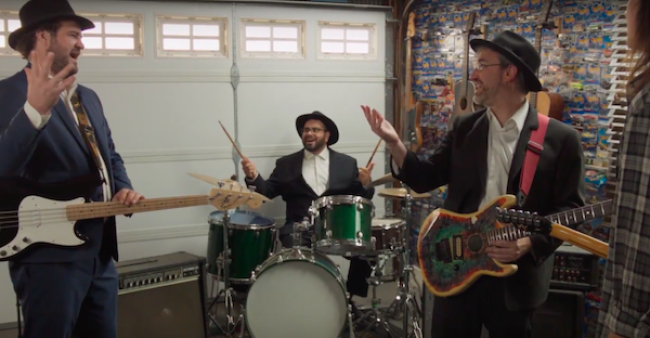 In this new episode of FULLY FORMED ADULTS, rock music flows from the unlikeliest of sources. When Mike (Michael Monsour) answers a Craigslist ad for a Black Sabbath cover band, he finds the rockers wearing black hats and sporting a totally different definition of “Sabbath.” Will they be able to play covers like “Iron Mensch” and “Into the Oi Vey” and adhere to Talmudic law for the Jewish day of rest? Find out now in Black Shabbat!