Quick Dish NY: ‘Jacqueline Novak: How Embarrassing For Her’ 7.13 at Ryan’s Daughter 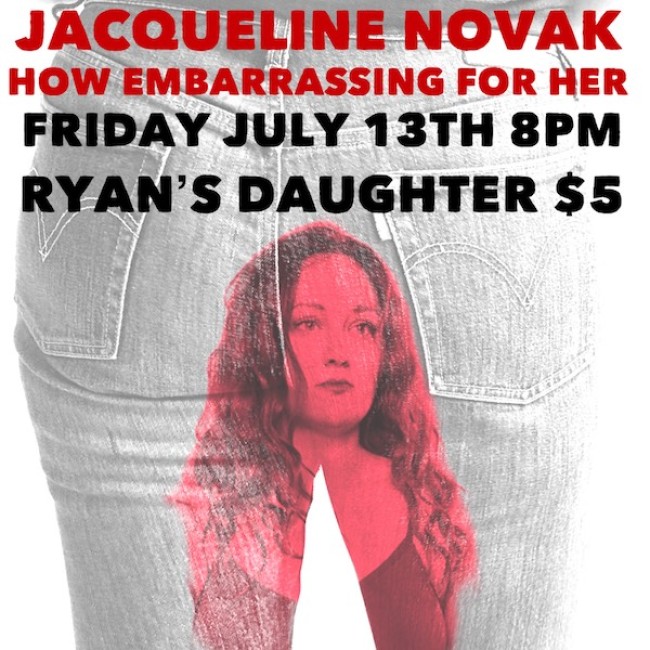 Jacqueline Novak is a New York-based stand-up comedian and author who has performed stand up on The Tonight Show starring Jimmy Fallon and The Late Late Show with James Corden. She had her own Comedy Central Presents half-hour special and in ’16 released her first book, ‘How to Weep in Public: Feeble Offerings on Depression from One Who Knows.’ So it’s surprising that she would find everything embarrassing (except for the most apparent). In her upcoming show, Jacqueline Novak: How Embarrassing For Her, Novak brings one lucky audience personal stories and original stand-up to parse what does and does not deserve embarrassment. So far, revealing intimate deets to strangers (part of the job) and crying in public (wrote a book encouraging it) do not qualify as such for this brave comedian. Don’t miss the show at Upstairs at Ryan’s Daughter Friday, July 13th!