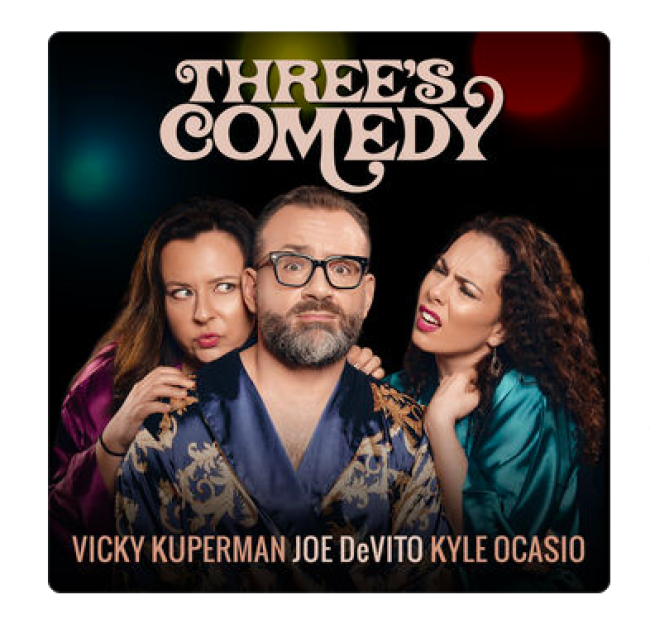 Joe DeVito, Kyle Ocasio and Vicky Kuperman are three legendary comics who decided to unite their super powers for the benefit of humankind. Their joint new album, aptly named THREE’S COMEDY, delivers their three unique comedic styles with hilarious results. Just because you are so devoted to us, we’re bringing you a track off the album featuring each comedian in their individual splendor. The album is OUT NOW, produced by Audible’s comedy label Rooftop Comedy! Enjoy these slices out of modern life from three comedic professionals!

THREE’S COMEDY ‘Planet Earth Vs. Planet Manhattan’: Vicky Kuperman would like Sir David Attenborough to narrate her death to her because, come on, that dramatically calm “Planet Earth” voice!

Mentions: Pick up the album HERE!