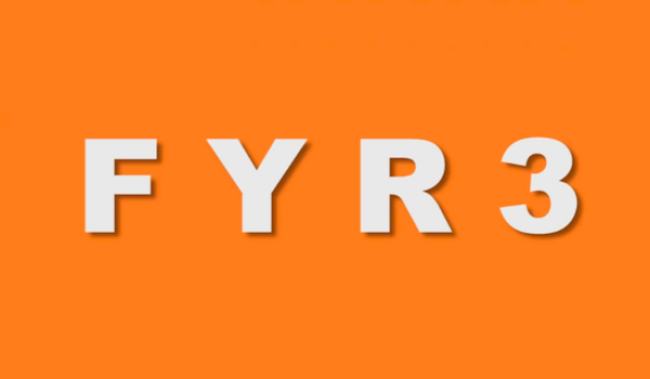 First there was Hulu’s Fyre Fraud, then Netflix released FYRE: The Greatest Party That Never Happened, and it was recently re-confirmed that The Lonely Island (Andy Samberg and Akiva Schaffer) and Seth Rogen will deliver a Fyre Festival spoof. However, sandwiched between true life and make believe (like some fresh Fyre cheese) comes Joey Clift’s mockumentary and “The Third (Mostly Crowdsourced) Fyre Festival Documentary,” FYR3. Unless you’ve been living in a recycled hurricane tent rebranded as a cool geodesic dome, you will know that Fyre Fest was the failed 2017 “luxury music festival” in the Bahamas pimped by Magnises brainchild/Fyre Media Inc CEO/fraudster Billy McFarland and rapper Ja Rule. From viral social media campaign to cancellation, Fyre was a thing of influencer dreams which soon became a sad Woodstock of ZERO good bits. Watch as WWE champion Dolph Ziggler, Ken Bone, and a bevy of comics help tell the tale of the the ambitious fest that could NEVER possibly be. Enjoy!

Joey Clift is a comedy writer, performer, and enrolled member of the Cowlitz Indian Tribe based out of Los Angeles, whose writing credits include Wabbit and Lego Ninjago: Decoded for Cartoon Network, OMG and Swamp Talk with Shrek and Donkey for DreamWorks and Nerdist News with Jessica Chobot for Nerdist.