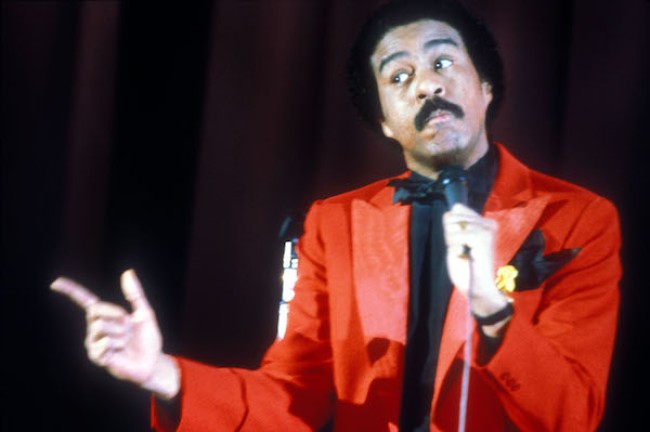 Nothing like an LA earthquake to get the blood pumping. Everyone feel it? Count yourself #hashtag blessed if you didn’t. OK, back to business everyone! This Friday, March 15th, don’t miss the rumbling debut of I AM Richard Pryor, the latest installment of the “I Am” documentary franchise, on the Paramount Network. Paramount has teamed up with Network Entertainment to bring focus to one of the world’s greatest comedians and actors. The documentary celebrates the life and career of the late pioneer performer who went from rags to riches and left an indelible mark on audiences and the comedy world. Can you believe he’s been almost 15 years?! “I Am Richard Pryor,” which premiered at the SXSW film festival this week, will debut on Paramount Network at 10pm ET/PT Friday, followed by an encore presentation on Comedy Central at 11:30pm ET/PT.

From his first comedy album until his death of a heart attack in 2005, the revolutionary stand-up comedian dispensed what critics regarded as the most poignant and penetrating comedic view of African-American life ever afforded to the U.S. at large. Volatile yet vulnerable, crass but sensitive, streetwise and cocky, Pryor did not simply tell stories, he brought them to life and was considered a trailblazer for generations of comics to come. The film explores his unusually personal art that was a window into a vulnerable soul, as well as the endless struggle to extend dignity and equality to all.

Mentions: Watch I Am Richard Pryor this Friday on Paramount Network (10pm ET/PT) and Comedy Central (11:30 ET/PT). More about the “I Am” series HERE. Photo Credit: Rastar/Kobal/Shutterstock.