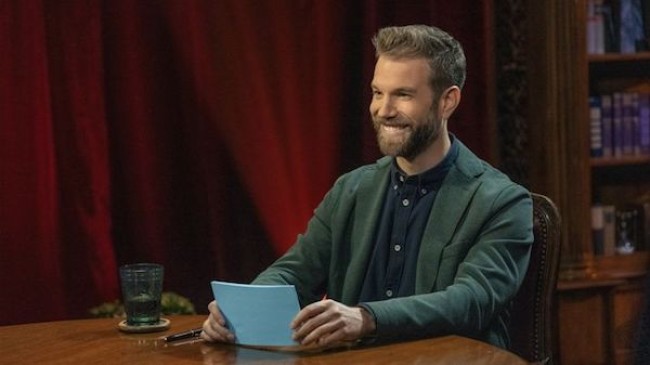 Your comedy bad boy will be bringing you a fresh comedy talk show not too long from now. GOOD TALK with Anthony Jeselnik premieres September 6th on Comedy Central this fall. You had a dose of his dark point of view with the “The Jeselnik Offensive.” This time the many of spicy words will be bringing his audience “tongue-in-cheek” interviews with fellow comedians focusing on their careers, influences, and what it’s like thriving in his dark shadows. Expect six episodes featuring names like David Spade, Kristen Schaal, Kumail Nanjiani, Natasha Leggero, Nick Kroll and Tig Notaro. What? No Eric Andre *wink*? Per Comedy Central, “Jeselnik and his guests center their extremely funny conversations around stand up, stories and bits and participate in elegantly bizarre studio segments.” I’m just hoping he can’t resist unleashing that dark lord of insult deep inside during these interviews and goes mad rogue. Here’s to plenty of GOOD TALK in the your future!

Mentions: Good Talk premieres 9.6 at 11pm ET/PT. Christie Smith and showrunner Meaghan Rady are the executive producers of Good Talk with Anthony Jeselnik. Anne Harris, Tara Schuster and Jackie Sosa are executives in charge of the series for Comedy Central.