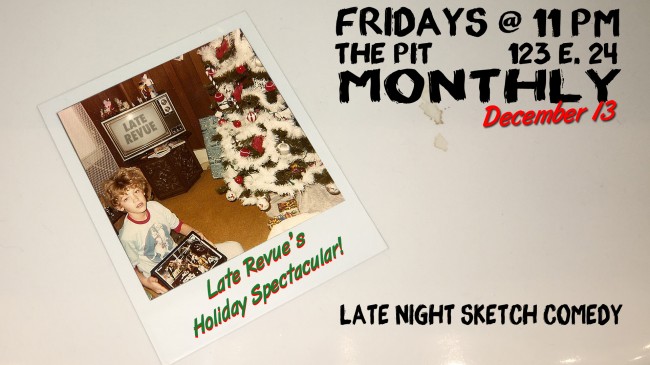 When the words “Bounty Hunter” come up in your Nextdoor notification, it’s time to take a vacation. You can start by trying out a mini vacay attending an awesome comedy show in the city this December. LATE REVUE will be having their big “Holiday Spectacular” this Friday the 13th, complete with “debauched seasonal sketch comedy!” Every month the Peoples Improv Theater’s House Team members get creative with entertainers from McSweeney’s, The Annoyance, Funny Or Die, The Pack Theater and more all to put a smile on your smug mug. This month’s show should be bringing you all the *MANDALORIAN SPOILERS* Late Revue edginess you deserve, peppered with a bit of the Amy Sedaris with baby Yoda feels. Be there!