Quick Dish NY: WOULD YOU RATHER…? A Comedy Show 2.8 at Friends & Lovers 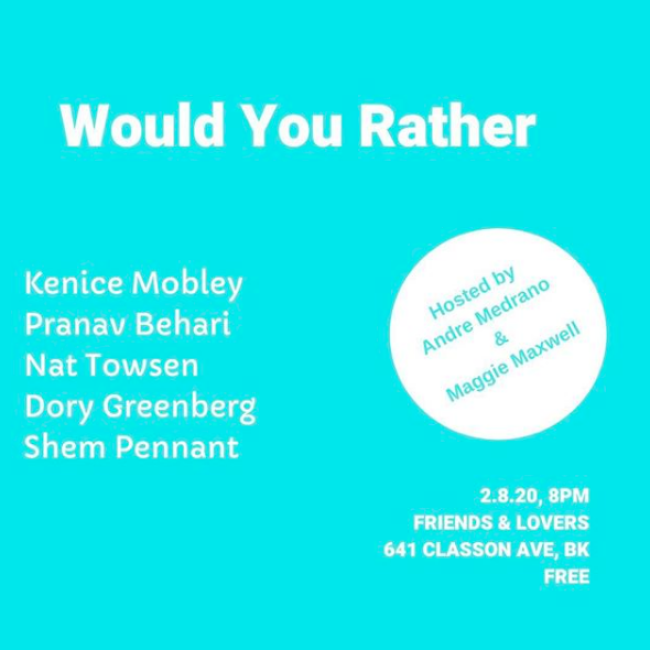 Would You Rather…? Hmmm… I guess that depends on the choices. Now I’m familiar with the party game of the same name, but am I ready for a comedy show that invites the funniest people from the worlds of stand up, sketch comedy, improv and beyond to answer crucial questions that start with those words? The answer is YES! Questions that you can expect might pop up at such an event include “Would you rather have street cred or a guardian angel? Lose the ability to sweat or spit? Witness a solar eclipse or have a total eclipse of the heart?” All very valid, right?! This show has been entertaining audiences for more than three years now so you know they’re legit. Previous guests have appeared on MTV, Comedy Central, HBO, Netflix, Hulu, and comedy festivals around the country. Saturday, February 8th at Friends & Lovers bar in Brooklyn, the lineup will feature these decisive performers:

Friends, none of those non-committal “neither” or “both” responses, please. That’s just weak sauce. Be there for a grand time!