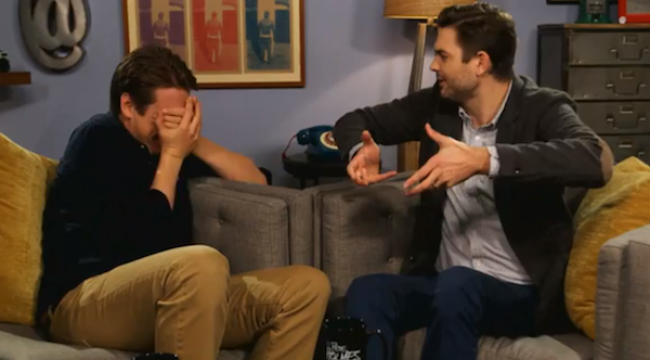 Pete Holmes had a very comfy interview with his comedian friend Nick Thune on TPHS. The two got as personal as you could possibly get. Nick and Petey discussed a swim they took to a blues concert after consuming some shrooms.

The comedian pals “blue’d” up the interview with some tales about individual satisfaction, if you know what I mean. Who knew Pete used to use a Sear’s catalog for such purposes. Kids!

And as an added bonus Nick recounted the time when Pete dropped his beloved French bulldog. Puppy!!!!!!!! Luckily, Pete promised he would not do the same with Nick’s baby. Phew!