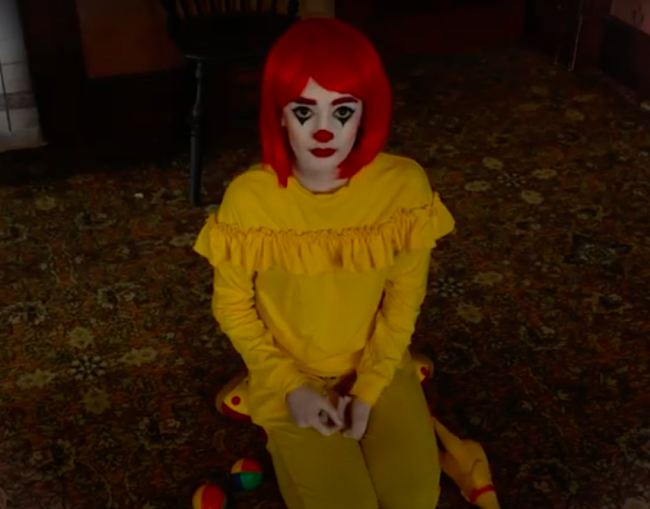 The crowded funded pilot that was lauded “Most Outrageous” at the Orlando Film Festival, was an Official Alumna of the IFP Screen Foward Lab and an Official Selection of Seriesfest is now ready for Comedy Cake consumption. We can’t say the creation won’t give you vivid quarantine dreams, but we can promise you’ll be thoroughly blown away by it’s unique effort to tell a truly dysfunctional, yet heartwarming “phoenixing” story. Created by Sam Marine, Jo Roueiheb, and Emily Wilson and shot like a traditional multi-camera sitcom, I ADORE DOLORES tells the tale of Dolores Houker (Jo Roueiheb), a divorced Midwesterner on a colorful voyage of self-discovery. After her fairytale meeting and subsequent divorce from burger mogul and clown, Rormald McDormald, Dolores pools all her resources to buy the building her step-daughter is currently on house arrest at. Dolores is determined to fulfill her landlord dreams while building a solid relationship with her clown daughter. On her journey she interacts with the curse-filled spirit of the first landlord, a needy garden tools Salesmanbaby, and, of course, her forgotten child star and daughter Dorma (Sarah Natochenny) who, in Dolores’ eyes, is more than worth the challenge of getting to know. If you like content that’s part Pee Wee’s Playhouse, Strangers with Candy, Too Many Cooks, and a disturbing dab of Happytime Murders, then this is the show for you! Enjoy, if you dare! (WARNING: Not safe for Zoom)