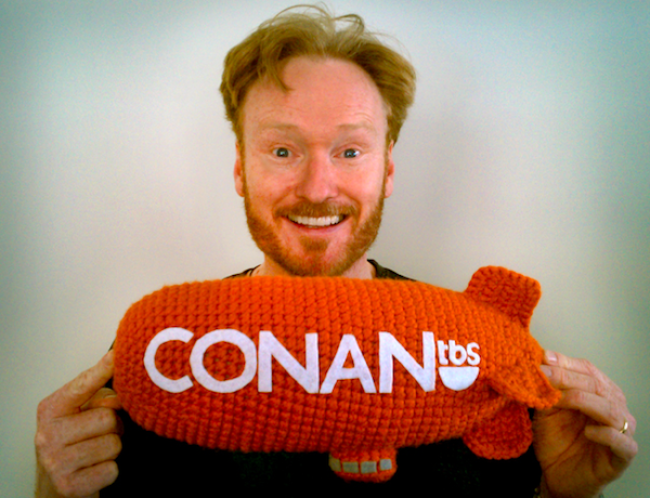 It was a trifecta of funny folk on last night’s CONAN. Jeff Garlin (The Goldbergs), Andy Daly (Review) and Todd Barry (Crowd Work Tour Special) dropped by and it was truly beautiful. In addition to getting nostalgic about their old roommate days Conan and Jeff discussed Mr. Garlin’s deep hatred for movies he does not like.

Conan and Andy Daly reminisced about Andy’s old stint as an actor on the NY Late Night show. There was even some old video of Andy performing Hamlet while Andy and Conan stared at one another. However, the highlight of the interview was when Andy shared how he gets recognized for his role as the park ranger in the Yogi Bear movie.

At night’s end we were charmed by some stand-up material from the incomparable Todd Barry whose Crowd Work Tour Special is available for purchase on Louis CK’s website as I write this. Enjoy!