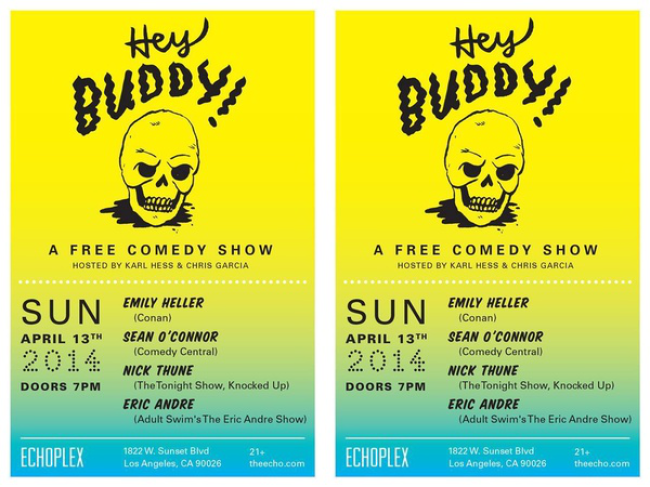 I already have Loverboy’s tune in my head. Yes, we’ve worked so hard to enjoy two glorious days of repose. If you have the problem of deciding what to do with yourself this weekend, I suggest heading over to the Echoplex this Sunday, April 13, for a FREE comedy show called Hey Buddy! Hosted by Karl Hess and Chris Garcia this comedy show will bring you some of the finest entertainers the world has to offer. The four cool comedians bringing it on this month include

Head banging laughter is in your future!

Mentions: Hey Buddy! happens every second Sunday of the month so mark your calendar today.