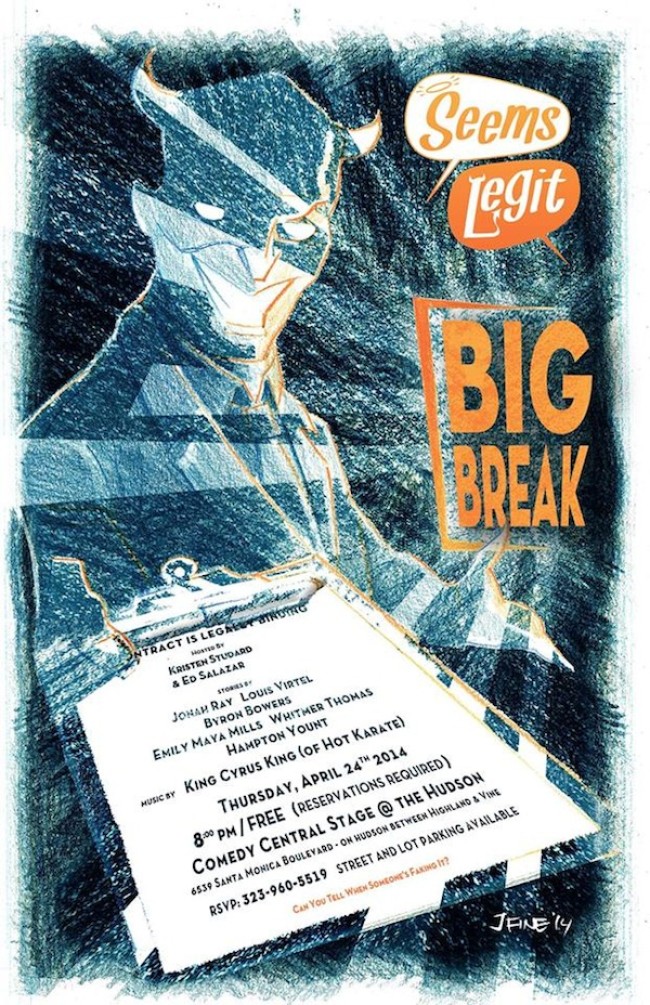 “6 great stories, 1 awesome lie.” What a simple premise for a fabulous comedy show! Seems Legit will be bringing some fabulous storytelling to the Comedy Central Stage for ONE NIGHT ONLY this Thursday, April 24. The theme will be BIG BREAK. The Seems Legit performers will tell their most shocking and true stories about when they broke big. However, one of those performers will be fibbing to your sweet face. WHAT? YES. Stories (and one lie) will be presented by:

Mentions: Show 8pm. The Comedy Central Stage at the Hudson Theater is located at 6539 Santa Monica.