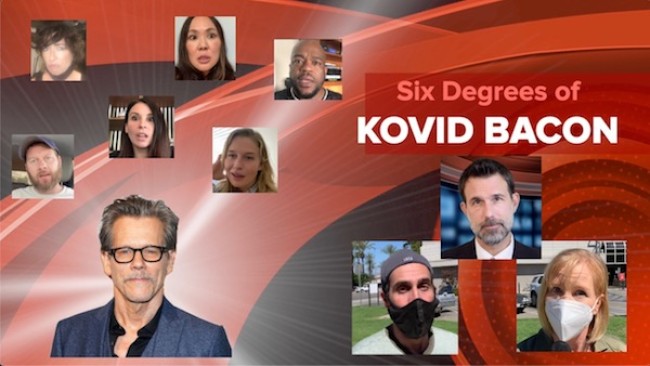 It looks like there’s plenty of Bacon to go around in this new video from the comedy creative team, FUN DOME. You may be familiar with the parlor game known as “Bacon’s Law” or the more familiar term “Six Degrees of Kevin Bacon.” It posits that due to the actor’s prolific screen career anyone in the film industry can be linked to Bacon through their film roles within six steps. In this short, Fun Dome takes this concept a step further. Considering that we’re living in viral times, what would happen if said A-lister, who started the #IStayHomeFor campaign earlier in the year, was seen out and about without a mask at a local Gelsons supermarket? *GASP*