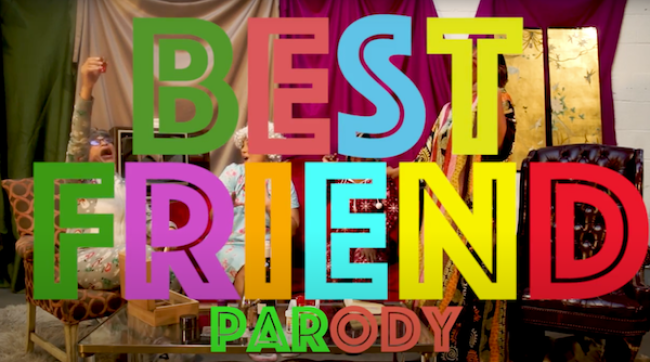 That dance-worthy, viral rap BEST FRIEND, from Diamonté Quiava Valentin Harper AKA Saweetie ft Doja Cat, already enjoyed a remix version with British rapper Stefflon Don, Chinese rapper VaVa, and is soon to get quite buddy buddy with South Korean singer Jamie and South Korean/Japanese rapper Chanmina. However, what you HAVEN’T seen is a version that empowers a set of women in their TRUE PRIME! WE have for you today some “Golden Gals” presenting a much needed Best Friend parody where the money is old skool, the Ben Gay is flowin’, and the fellowship is as tight as that velcro on those orthopedic trainers! Make a Best Friend with Alexis Braxton, Jazzie B., Kristen Gonzalez & Kaili Y. Turner today!