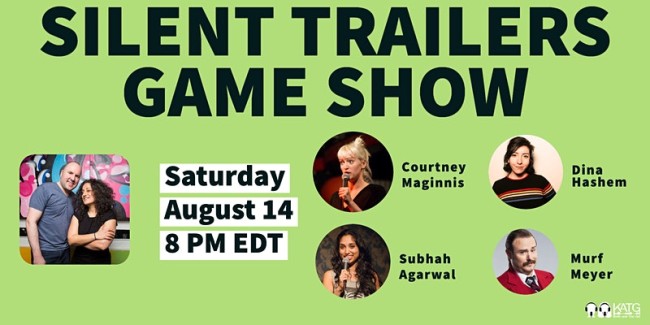 Join your favorite comedians as they compete in the ultimate movie trailer guessing game. Keith and the Girl’s SILENT TRAILERS LIVE GAME SHOW will not only feature Chemda’s lack of celebrity and film knowledge as she dispenses movie trailer clues, but KATG co-host Keith Malley will compete against a new slate of players showing off his nearly savant level of cinematic wisdom. The August 14th lineup will include: