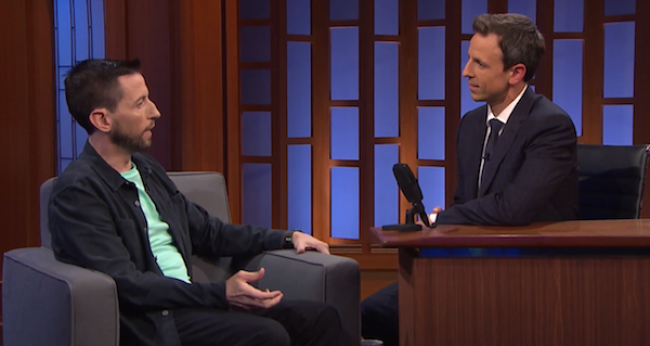 Neal Brennan stopped by Late Night with Seth Meyers and did a little reminiscing with his old pal. Neal recalled some slightly embarrassing stories about Seth involving Las Vegas room service pizza and Avril Lavigne. However, the best moment of the interview was a very telling photo shown to the audience which reveals why Neal remains a single man and Seth Meyers is married. Enjoy!