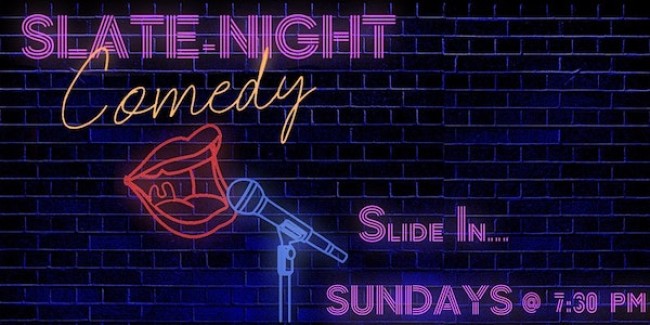 What once was a monthly show called “DoublePlusGood” Comedy, brought to you by comedian Ben Asher ((New York Comedy Festival; StandUp NBC) has now morphed into the weekly go-to spot to enjoy top comics, from TV & the major NYC comedy clubs, performing long sets on an intimate stage. You are invited to SLIDE IN Sundays at Slate NY where you can catch comedians exercising their comedy chops as they hit their stride on stage. And as you take in the humor, you can eat and drink the most delicious food in the city. So what’s the icing on this cake? The fact that this is the ONLY comedy show where you can enter through an actual giant, indoor slide! No joke! Come have a ball. Next show is November 14th!