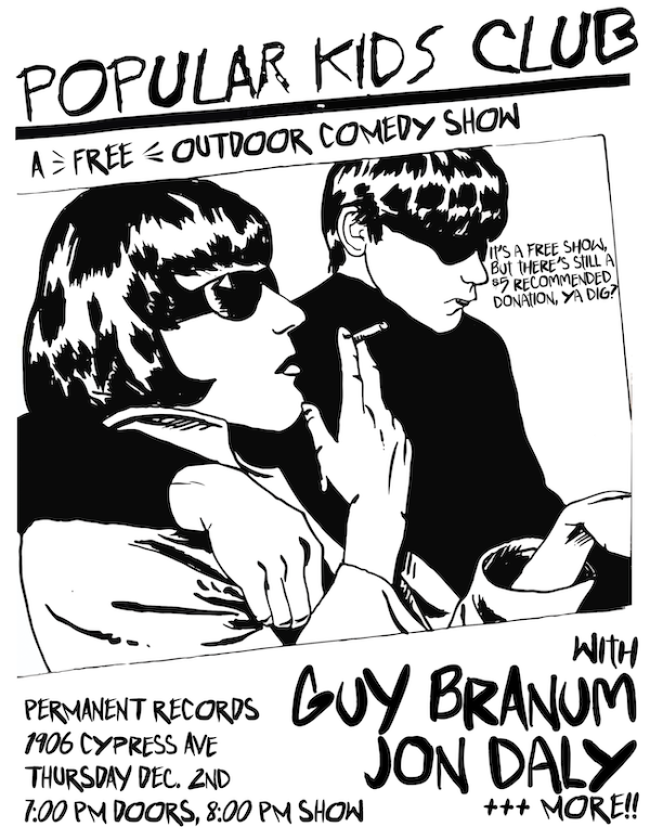 Ready to party with the cool comedy kids? Then slice out a piece of your calendar for the POPULAR KIDS CLUB comedy event happening THIS THURSDAY, December 2nd at Permanent Records Roadhouse. Not only will you be treated to FREE sets from:

BUT you will be stuffed to the gills with FREE PIZZA from @slasherpizza! Have a slice, buy some records, and responsibly sling back some refreshments. You are worth it!