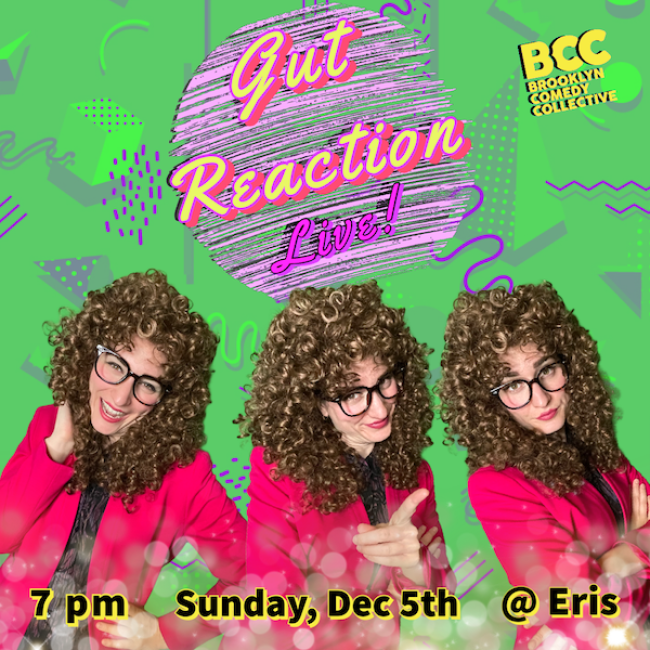 Did you know that The Jerry Springer Show (with a whopping 4,969 episodes) was initially meant to mimic the format and look of the The Phil Donahue Show, focusing on political issues? It was only later (after poor ratings) that it went the way of tabloid sensationalism. Well, America’s longest-running talk show, GUT REACTION LIVE!, will fill those sensational talk show shoes with an event that is the cousin of Springer, Maury, and Sally Jessy Raphael who suddenly showed up at the family reunion uninvited! THIS Sunday, December 5th at the Eris Theater c/o Brooklyn Comedy Collective, the drama continues with a whole new mess for host Colleen Nickelback to get to the bottom of. This episode two chaperones at the Jefferson middle school dance in Whalen, MN were caught bumping and grinding and were swiftly kicked off the premises. Can Nickelback make heads or tails of this glorious, unnuanced situation? The cast for this event will include:

Be there with your nosey neighbors in tow as drama, chaos, and a cast of characters you’ll never forget take hold!