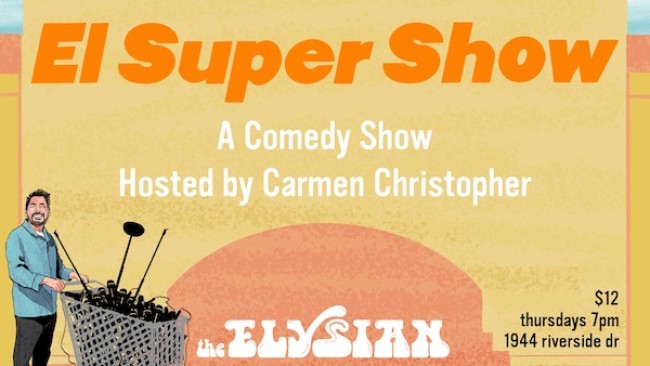 Thursdays means it’s time for downing that peppermint coffee drink before heading over to EL SUPER SHOW! It maybe be crisp in LA right now, but that won’t stop you from experiencing one of the best stand-up comedy shows in Cali featuring the best comedians in the known galaxy. Carmen Christopher, who recently debuted Street Special on Peacock and can be seen in Joe Pera Talks to You on Adult Swim and Shrill on Hulu, will host this night of stand-up adventures at the inviting Elysian Theater. This week’s lineup includes the amazing: