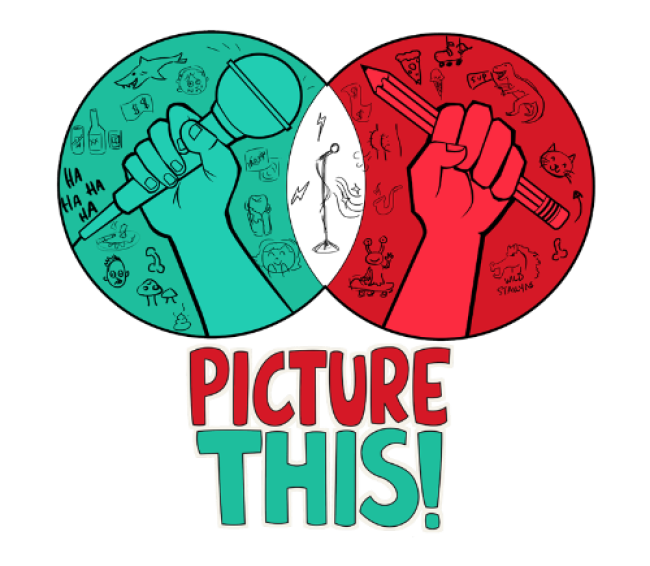 The pandemic may have put a damper on our entertainment for a time (don’t you dare say “monkeypox”), but nothing will ever stop the creative spirit! PICTURE THIS! live animated comedy show will be restarting in the their founding City of Los Angeles THIS Saturday, just in time to celebrate the 10 YEAR ANNIVERSARY. Show co-creator Brandie Posey will be hosting another gaggle of comics and artists to get the laughs going:

How could you possibly miss a live comedy show with stand-ups performing while they are drawn live by some of the best animators, cartoonists, and other artists in the land! Get those tickets NOW!