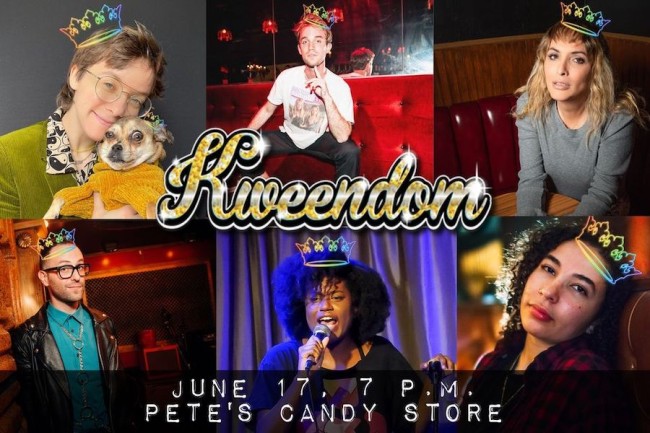 This month KWEENDOM is going for broke as your host Bobby Hankinson (SiriusXM) presents an extra special Pride edition of the long-running LGBTQ+ comedy showcase, featuring talents worthy of nobility status. Get ready for an evening of hilarity June 17th with

the best of Bed-Stuy Sheria Mattis (Netflix Is A Joke)

Don’t miss out on this ultra exciting weekend event at Pete’s Candy Store!

Mentions: Show 7pm ET. The show is FREE, but this month the show be collecting donations for Immigration Equality with a match for the first $50. Location: Pete’s Candy Store, 709 Lorimer St, Brooklyn, between Richardson and Frost, near the G and L trains.