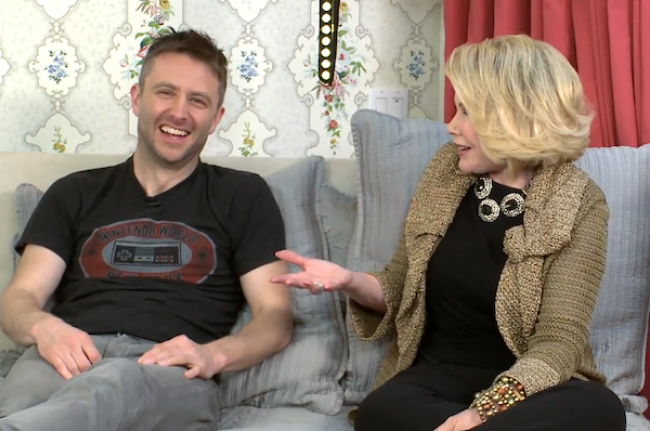 JOAN RIVERS‘ career spanned decades and she influenced so many performers. Yesterday on CONAN, Chris Hardwick relayed his personal relationship with Joan and expressed his thoughts about the fearless legend.

Here’s the Chris Hardwick episode of In Bed with Joan where you find out just how much Joan had her finger on the pulse of the comedy business. She was one impressive individual.

Mentions: Do go back and watch all the In Bed with Joan episodes because they are brilliant.