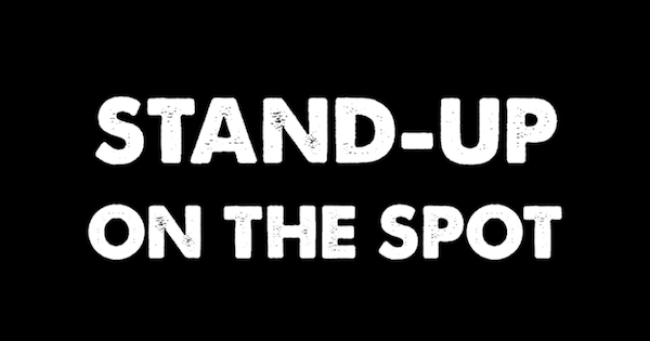 We are HUGE fans of the Three Clubs venue so, of course, we HAD to tell you about a monthly show that challenges topic comedians to tell new jokes based on audience suggestions. Stand-Up on the Spot takes Darwinian principles to the comedy stage. Next Tuesday (September 9) the show celebrates FOUR YEARS of comedy improvisation with this impressive lineup:

Yeah, I just heard your jaw crack from dropping so hard. This year, the show played the RIOT LA alternative comedy festival and launched a second monthly installment in New York City. Now it’s your turn to experience this comedy survival of the mentally fittest.