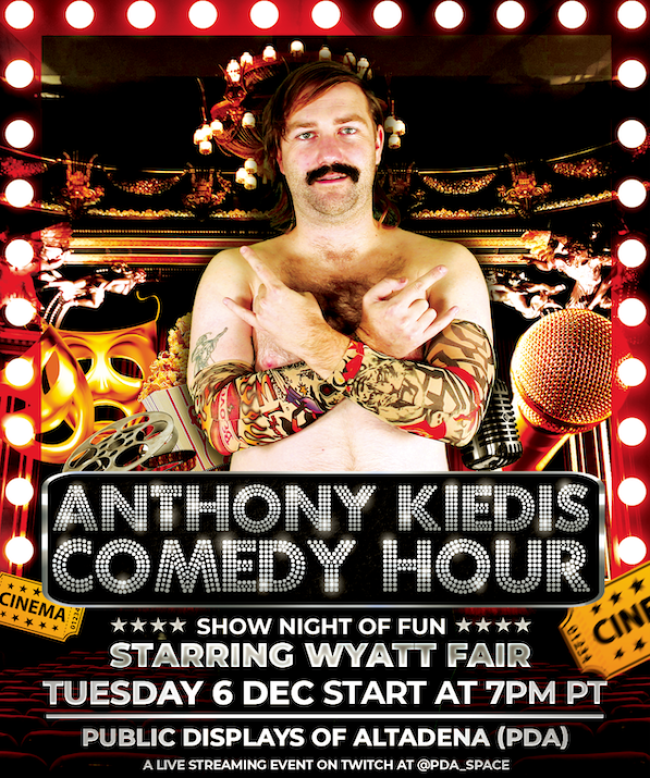 Tomorrow, December 6th, a rock legend will travel Under the Bridge and be reborn on the Otherside…as a standup comic! Prepare yourself as Wyatt Fair (Shrimp Boys, Helltrap Nightmare) embodies the soul of the Red Hot Chili Peppers frontman at the one and only ANTHONY KIEDIS COMEDY HOUR! Supporting band members will include John Early, Jamel Johnson, and Camirin Farmer, all getting their gig on at the Public Displays of Altadena. You can rock n roll in person, or stream on the PDA_SPACE Twitch channel. This is a one of a kind event not to miss!