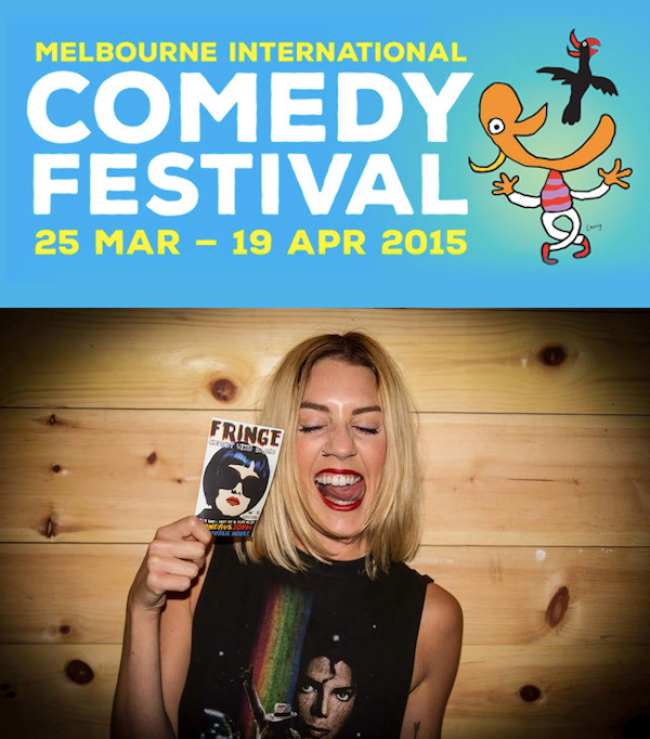 You love live comedy, right? You like to be charitable, right? You like perks, right? Alrighty then, it’s time to put your money where your mouth is. JC Coccoli’s all bangs comedy show FRINGE is heading to Australia for the Melbourne International Comedy Festival and she needs YOUR HELP! JC’s been spotlighting international talent on her show for a while now so it’s about time to bring the show outside Los Angeles and onto foreign turf. Bringing FRINGE to Melbourne will solidify JC’s alternative comedy haven as a home away from home for Aussie talent. The FRINGE gang will record the trek and conduct panel discussions and one-on-one interviews to be broadcast via podcast. Not shabby, eh! So what will you get by contributing to this massive venture? Let JC tell you about this week’s rewards!

Yep, football rewards and merch. Excited yet? Check out the list of other donation rewards and another promo from the otherworldly JC.

Feeling generous? Captain Nipples implores you to put that money to good use and send FRINGE to Aussie comedy paradise. Squeek! Squeek!

Mentions: Click HERE to go do your donating. Attend FRINGE in LA Mondays.