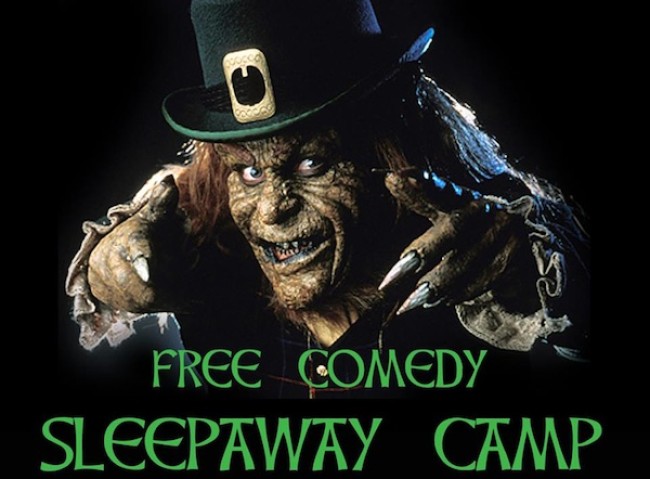 You’ve heard of every other convention, but I don’t think St. Patrick’s Day has ever been associated with it’s own con. Well, kids, tonight March 17 at SLEEPAWAY CAMP ideas become reality. Your hosts Austin Wolf-Sothern and Doug Freedman welcome you to the greenest (possibly most terrifying) event this year, LEPRE-CON. Yes, this will be an entire comedy show dedicated entirely to the Leprechaun series of horror films. Your celebrity guests include:

No Blarney Stone kissing here! Come one, come all to this epic LEPRE-CON!