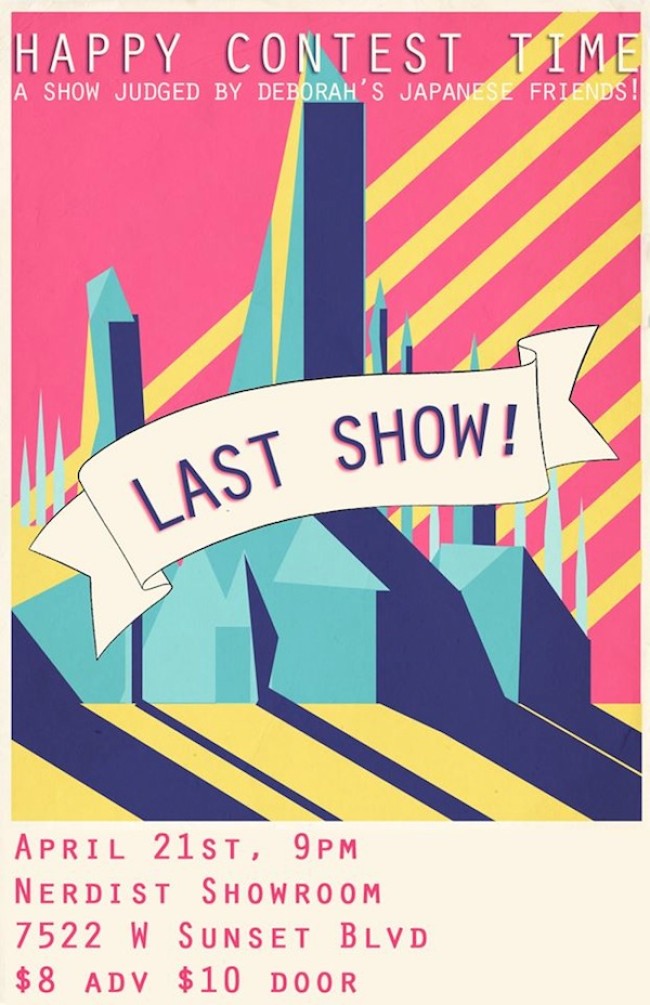 Millions of voices suddenly cried out in terror! Yes folks, Happy Contest Time will be performed at NerdMelt Theatre for the last time April 21st. It was a magical run, but all good things must come to an end. NO! Yes. NOOOO! Stop fighting it. If you’ve never seen the show, this is your chance to see brave comedians battle it out for the honor of “Funniest Person In The World” Did I mention bad ass Japanese judges are involved? This coming Tuesday see these comedy samurais amaze you:

Be there or be all kinds of uncool.