Quick Dish: TONIGHT 4.28 ‘An Evening with HOWARD KREMER’ at NerdMelt 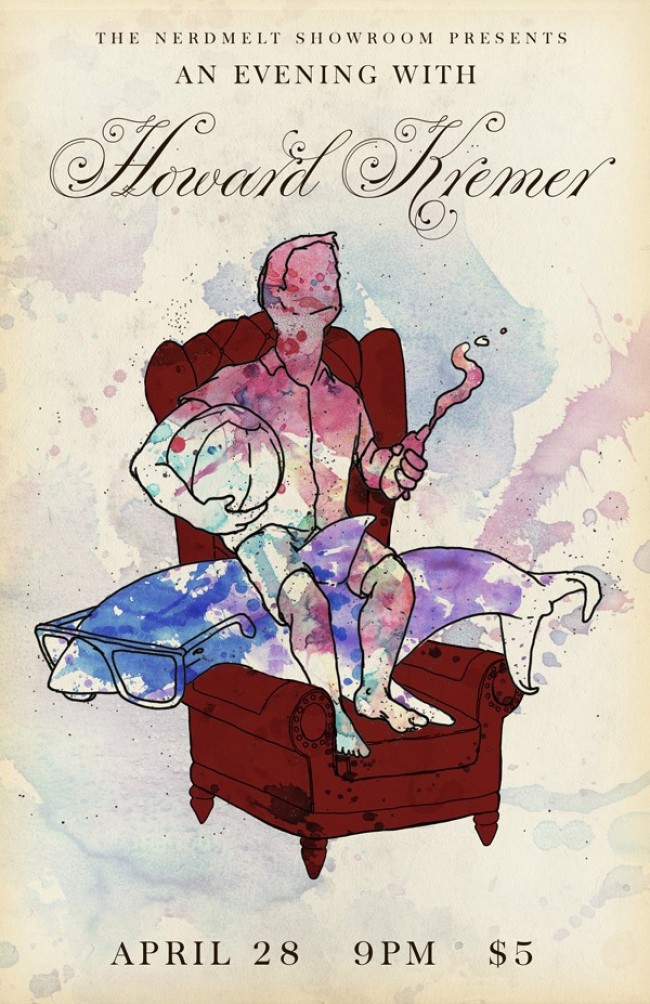 Exultations! HOWARD KREMER is in the house! TONIGHT (April 28th) those hip nerds present a night of stand-up from the true King of Summah at the NerdMelt Showroom. Come watch the King perform a longer set, plus have some opening fun with his pals Steve Agee and Wes Hudson. This night will be sheer, laid-back fun! In the meantime, watch Howard have some chemical funsies with Matt Besser & Doug Benson:

In addition to doing Getting Doug with High, Howard Kremer has appeared on Jimmy Kimmel Live and Comedy Central. He hosts the wonderful podcast Who Charted? on the Earwolf Network and is a frequent performer on The Meltdown with Jonah & Kumail. Don’t miss out on seeing him perform LIVE!