Quick Dish: TONIGHT 9.18 SAUCE It Up at DeSano Pizza With Ian Abramson & MORE! 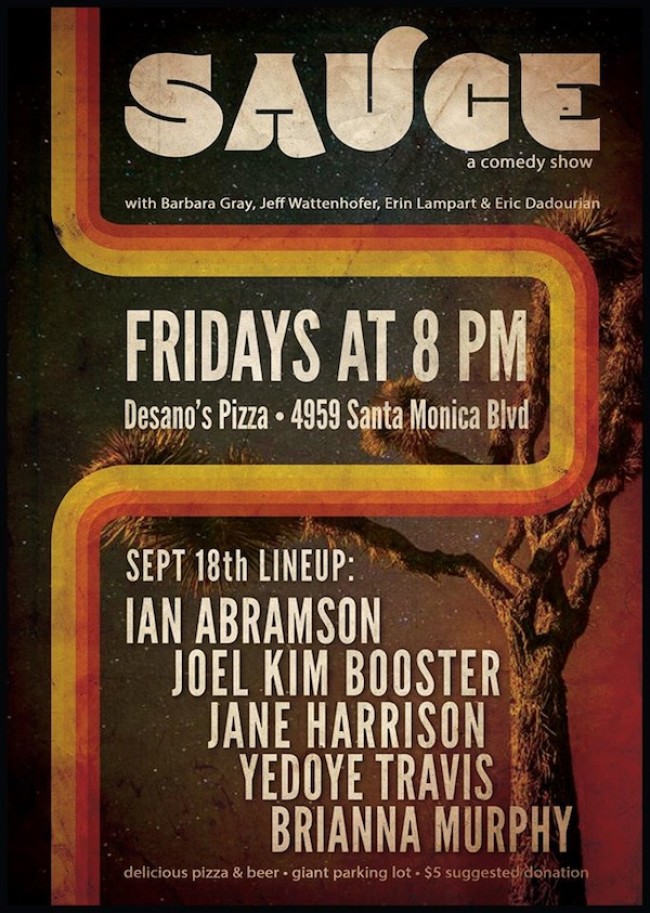 Pizza and comedy, you say? YES! Mix your two favorite activities, eating and laughing, TONIGHT, September 18th, at SAUCE Comedy. Jeff Wattenhofer will be hosting this eclectic mix of your comedy favorites including

Remember, this show is EVERY FRIDAY from 8-10pm. Support live comedy (and drink your weight in pizza and $5 beer)!