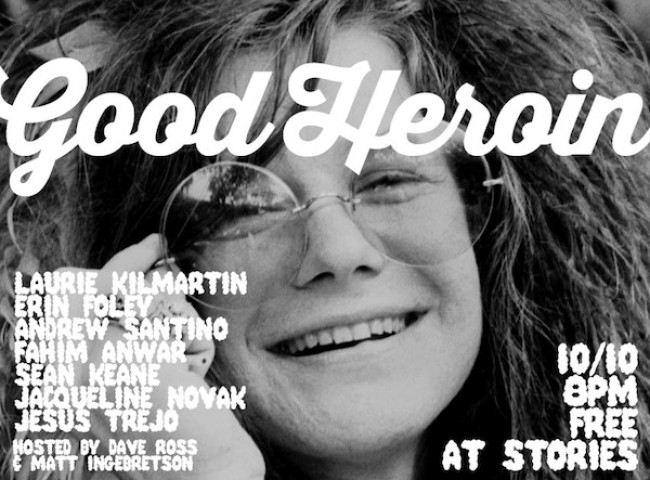 Your regular hosts Matt Ingebretson and Dave Ross are back for some live entertainment in Echo Park. Their baby GOOD HEROIN (not an actual infant) was named one of LA’s Best New Stand-up Shows which is all the more reason to attend this Saturday, October 10th. Enjoy the coffeehouse vibe with these stellar performers:

It’s going to be a magical night under the stars.