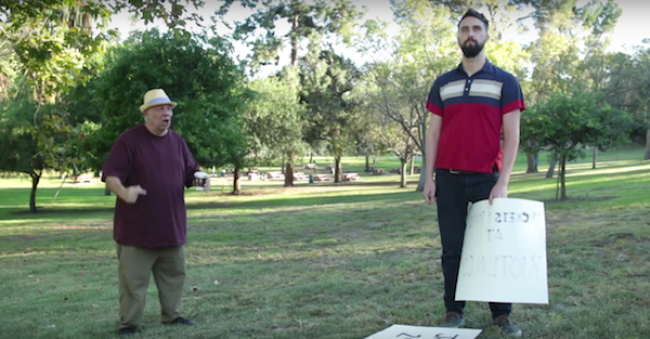 There is not enough sound proofing to contain the squeals of excitement we possess for RIOT LA 2016. Previous fests have brought the very best in comedy to the streets of Downtown LA and next year will be no an exception. Passes are on sale right now and early bird specials will only be available until December 3rd. If that’s not enough motivation to get on board, watch this teaser starring two of our favorite comedians, Matt Ingebretson and Eddie Pepitone: (WARNING: Some “Bitter Buddha” flaming words)