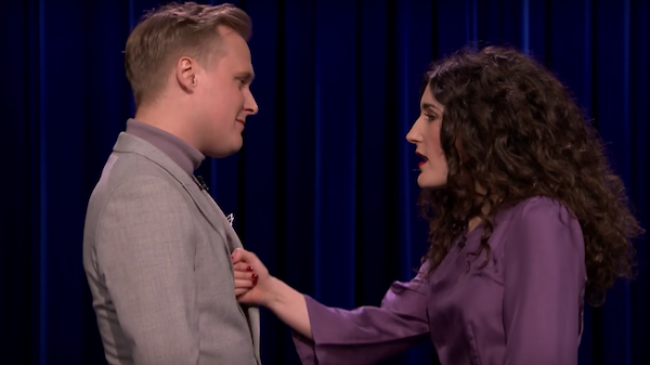 It’s a comedian’s dream to make their late night TV debut. It’s a huge privilege to be in the limelight solo, but when you are accompanied by a talented pal, that just doubles the pleasure. Watch as equally stellar KATE BERLANT (555, The Characters, Animals) and JOHN EARLY (Search Party, The Characters, Wet Hot American Summer) make their first stand-up appearance on Fallon. Basking in the limelight is the most important part of a pivotal live performance, right? Enjoy their Tonight Show debut!

Note: When you run out of time, always go physical!

Mentions: Watch The Tonight Show with Jimmy Fallon weeknights 11:35/10:35c on NBC. Catch Berlant & Early on 555 at Vimeo On Demand.