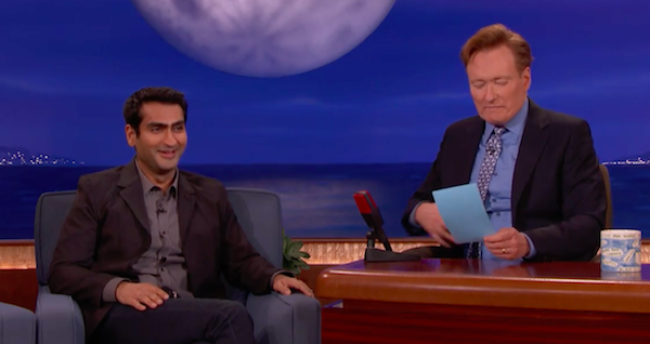 What’s the first sign of being crazy with power? Apparently, it’s an outrageous haircut. Yesterday, Silicon Valley’s KUMAIL NANJIANI made an appearance on CONAN to talk about the show and the endearing character he plays on it. On the new season of SV we will see a different side of Dinesh as he takes on the role of CEO of PiperChat. Conan remarks the actor has a “Charlie Sheen, John Stamos thing going” when a photo of the new product-filled look is shown to the audience. We couldn’t agree more. Enjoy!