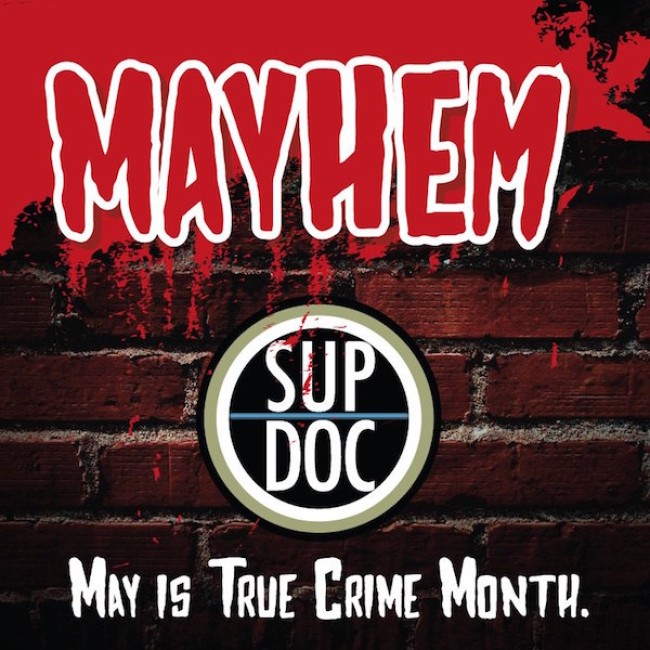 We recently told you about Wayne Federman guest starring on the SUP DOC podcast about the documentary film Crumb. Well, while that film was a bit disturbing and creepy, it pales in comparison to the chilling lineup you can expect from Sup Doc this May. To mark the SECOND ANNIVERSARY of the documentary podcast, you get a theme month of shows. May’s Mahem series will all cover true crime documentaries. Gulp. The podcast has been covering this genre since May 2015 (ie. The Jinx, Making A Murderer, OJ: Made in America, etc), so it’s no surprise comedians/hosts Paco Romane (Drunk History) and George Chen (HBO’s Looking) would dedicate an entire month to the very popular classification.

Let’s give you a breakdown of what you can expect this month. The May Day episode will dive deep into Interview With A Serial Killer with guest comedian Allison Mick, who just happens to have a “6 degrees of separation” connection to the killer. The film features Christopher Martin’s prison interview with Arthur Shawcross, known as “The Genesee River Killer,” as well as his daughter Margaret Deming. Mommy!

Next on the list of Mayhem episodes is a breakdown of the Thin Blue Line, #2 on Morgan Spurlock’s documentaries to see before you die. Comedian/writer Vince Mancini (FilmDrunk) talks to Paco and George about Errol Morris’ 1988 classic which depicts the story of Randall Dale Adams, a man convicted and sentenced to death for a murder he did not commit. You can look forward to that episode May 15th. Episode 58, out on May 29th, Minnow Mountain animation producers Craig Staggs and Steph Swope talk about the 2016 film they worked on, Tower from Keith Maitland. The film combines archival footage with rotoscopic animation to tell the untold stories of the witnesses, heroes and survivors of America’s first mass school shooting that occurred in 1966 at the University of Texas at Austin. Don’t worry kids, your Sup Doc hosts will settle any nerves you may have about dipping your toe into this Mayhem series. Their knowledge, wit, and compassion can get you through anything!

Mentions: Visit Sup Doc and subscribe now on iTunes or Stitcher to keep up on future Sup Doc Podcasts.