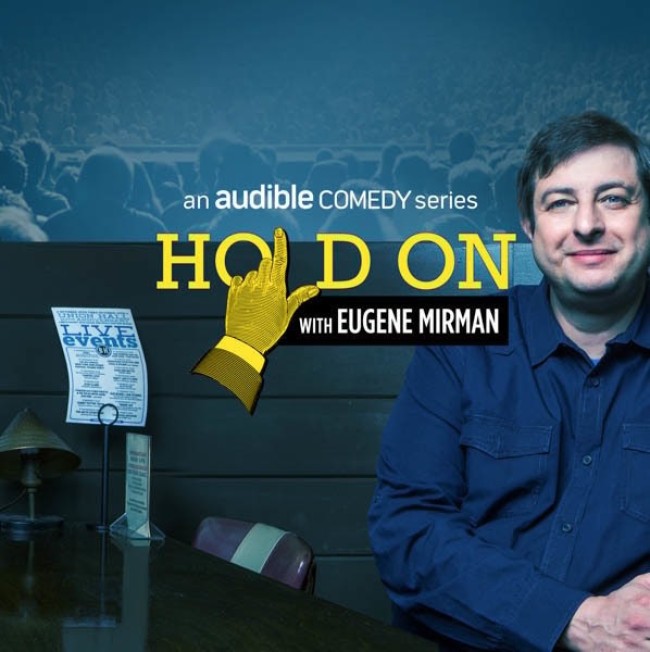 Nothing likely a LA brownout to test your faith in technology! My Comedy Cake heart may have been jumpstarted, but I still want to tell you about this EUGENE MIRMAN news! His Audible audio series, HOLD ON, is now available wherever podcasts can be heard. In the series, Mirman, the voice of Gene Belcher on Bob’s Burgers, spends time with the funniest performers, asking them strange and insightful question about a humorous, real life story from their interesting life. Mirman goes where no human has gone before each episode. Instead of your ordinary, run-of-the-mill interview, the comedian pauses the interviewee’s story whenever his little heart desires to. Oh snap! It’s a “much funnier version of the Salem witch trials, but with more storytelling!” said someone much funnier than myself.

Mentions: Listen to HOLD ON on iTunes today! Also get tix for the 10th and final Eugene Mirman Comedy Festival Sept 15-19 in Brooklyn HERE.