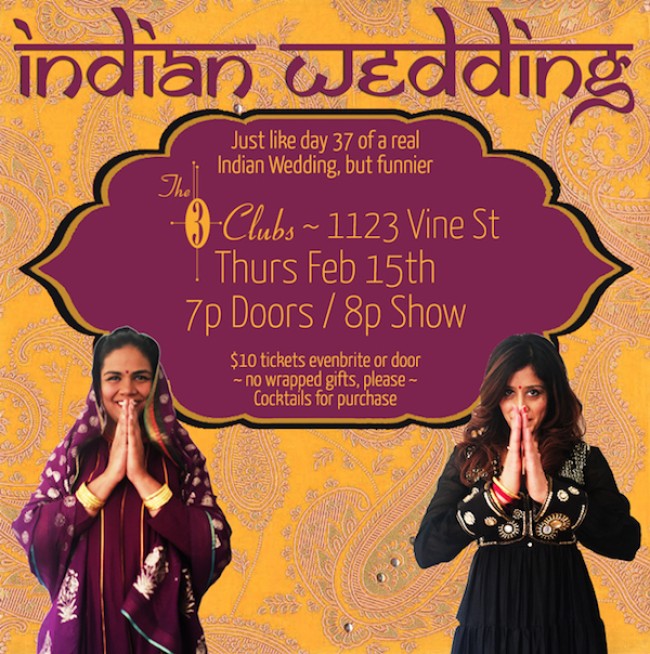 “Pinky” & “Bubbly” invite you to one of the most unique variety shows in all of Hollywood. This Thursday, February 15th, while you are still in the lovin’ mood, show your passion for theatrical entertainment by attending the INDIAN WEDDING show at Three Clubs. With the success of their last show, Indian Wedding has been given a monthly residence at their new home. Bring a date or someone you can just about tolerate and get ready to trip the night fantastic (or however that saying goes). If you are unfamiliar with the show, Indian Wedding is ‘an immersive theatrical show, staged as a traditional South Asian pre-wedding celebration, “the Sangeet,’ hosted by Amrita Dhaliwal and Sunanda Sachatrakul. This month, in addition to the regular cast of comedic characters, story-tellers, musicians and dancers, the lineup will feature sitarist Ronobir Lahiri who has composed for HBO and done a collab with Blue Man Group at the Hollywood Bowl. If, music, dance, comedy and more heighten your curiosity, come experience a whole new world of fun this month! 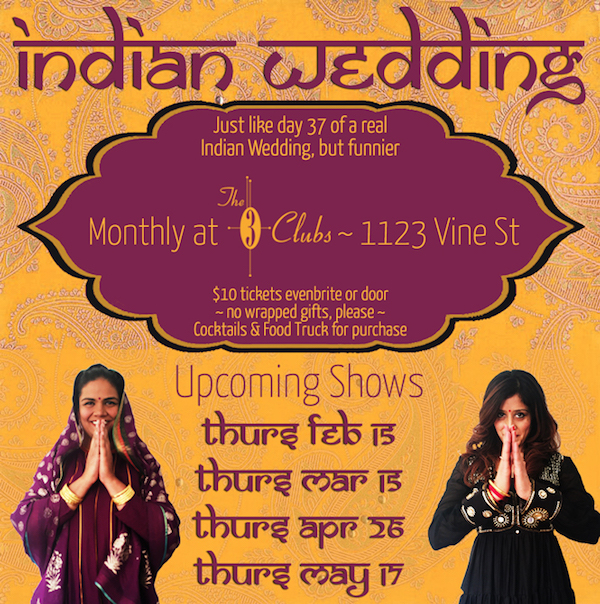