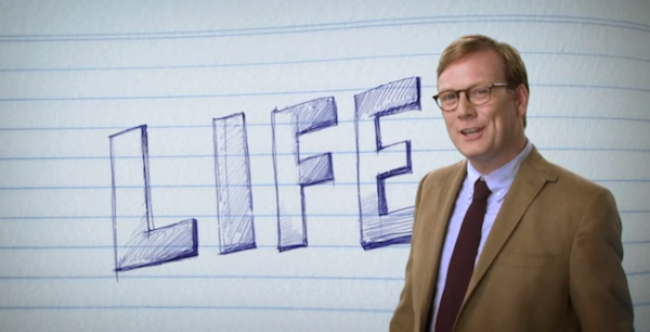 If you would like to find out why Andy Daly is such a fabulous performer, you must watch his new comedy Review which premieres March 6 10/9C on Comedy Central. Lucky for you the first episode is already online for your viewing pleasure. Forrest MacNeil (played by Daly) is not your run of the mill reviewer. Books, movies and food are mere child’s play. Forrest reviews the most intense experiences of life by actually living them. In just the first episode alone he tries out cocaine, feels what its like to steal and lives out the prom experience in his own unique way. Review‘s cast also includes Jessica St. Clair as Forrest’s wife Suzanne; Fred Willard as his father-in-law, Jack; and James Urbaniak as his producer Grant, PLUS plenty of guest stars. I think this Andy Daly may have a winner on his hands. Enjoy!