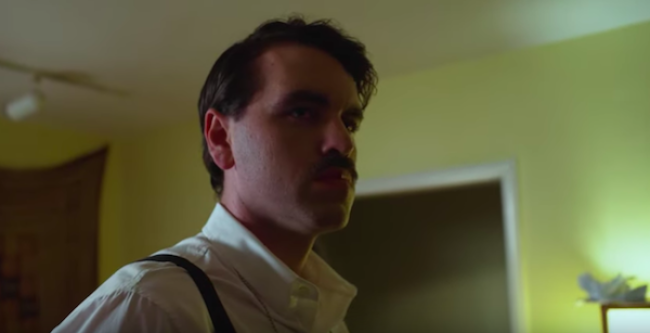 Hey, we’re living in dark times so why not some dark humor! Created by John Hume, Andre Radojcich, and Dylan Stretchbery, the 4-part antihero cop series is gritty in all the right ways. Watch as two detectives investigate a crime where the clues are literally splattered on the walls, yet the evidence seems to point in a very different direction. 30-year old man still decorating his living room with movie poster, Craigslist couch sprayed with Fabreze, $16 Ikea table, untouched UO lamp, piled up take-out, dead cactus… looks like the guys just might have a suicide on their hands. Enjoy The Thick Blue Line E1: “We Can Call This a Suicide” (WARNING: Uneaten take-out and so much faux blood!)

This episode was directed by Andre Radojcich, written by John Hume, and features John Hume as Murph, Dylan Stretchbery as Rip, Meredith Dillon as the Lab Tech, and Jason Chacon as the Victim. It was produced by Heather Brawley and Shane Spiegel. More crew info HERE.