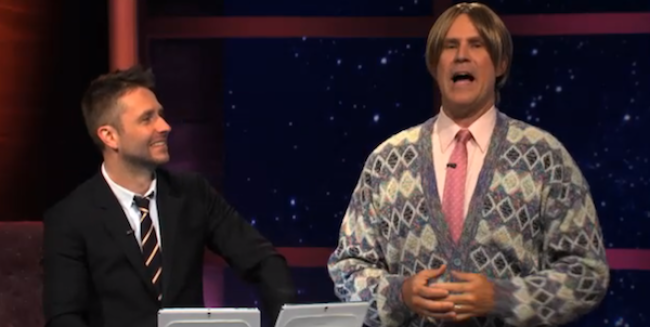 Can you even imagine?!!!!!! Tune in to @midnight TONIGHT on Comedy Central to find out more about the spinoff @midday hosted by Chad Softwick. Here’s a little teaser to start you off right:

Now that you’ve had a mini-murmur in your chest region, let’s get back to last night’s @midnight highlights. Paul F Tompkins, Maria Bamford & Paul Scheer faced off on Chris Hardwick‘s wildly popular Internet game show. On the show we found out the urban dictionary names for a three way dad dance. The three comedians had fun coming up with horrid sci fi movie titles on #HashtagWars. Vin Diesel‘s Facebook Page photos were examined. Review’s Andy Daly made an appearance during the Forrest Dumped segment to read a 4-Star Google Maps review. Finally, FTW showed us how weird Japanese advertising can get. Watch the entire episode HERE.