Video Licks: ROB POLONSKY Gives Stand-Up Comedy A Try in The Latest Episode of The “Call It A Show!” Series 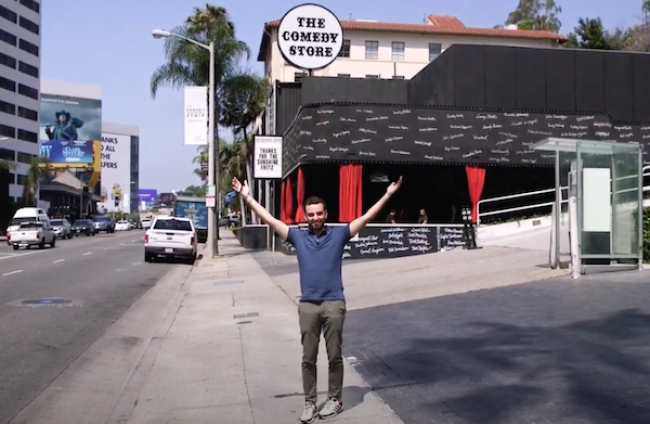 In the latest “Call It A Show” story-driven comedy piece from ROB POLONSKY, we find the always highly enthused Rob seeking out the most humorous, new adventure, stand-up comedy! I’m sure everyone’s thought about getting up on stage, at one point or another, and making people laugh, but Rob’s taking it to the next level. The comedy clubs in LA may be closed for a pandemic, but that won’t keep Rob from fulfilling his comedy goals. After trying out an online mic night with mixed results, he connects with Paul Douglas Moomjean of Flapper’s comedy education program. Paul serves up a wealth of knowledge to help Rob decipher the inner working of a funny stand-up set. Once armed with some skills, Rob’s off to the park to unleash those humor treasures on the masses (or whoever will listen). Will Rob be the next Mitch Hedberg? Only one way to find out! Watch I Become a Stand-Up Comedian!

Mentions: Watch more episodes of “Call It A Show” HERE. Follow Rob on Instagram to get all the latest #CallItAShow deets.