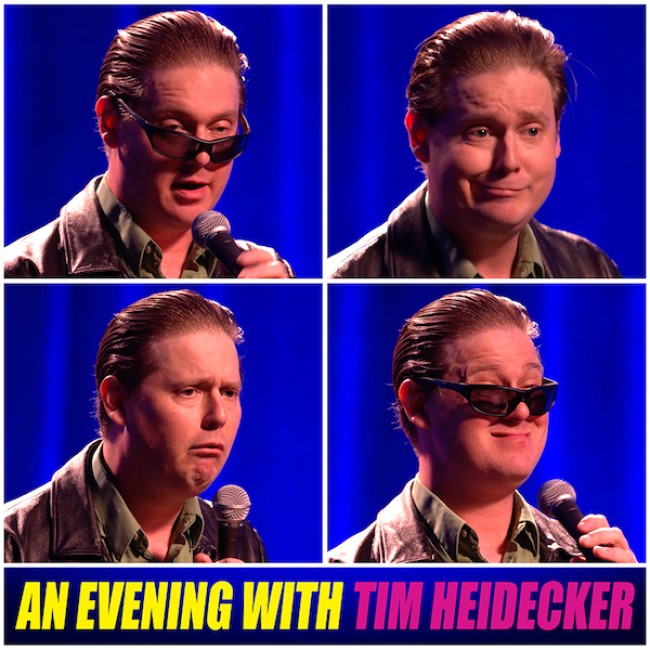 Tim Heidecker’s (Tom Goes To The Mayor, Tim and Eric Awesome Show, Great Job!,Tim & Eric’s Bedtime Stories, On Cinema) first-ever stand-up special, An Evening With Tim Heidecker, is ready for further expanded release and world-wide availability via 800 Pound Gorilla Records. The special and album was recently released on Sirius XM and Pandora. Coming January 26 it will be available for streaming on Amazon Prime Video (non-members may buy or rent) and as an audio album everywhere comedy albums are sold or streamed. The special was originally brought to the world exclusively on Tim Heidecker’s YouTube channel late October of 2020.  Filmed in Los Angeles pre-COVID, produced by Abso Lutely Productions, and directed by Ben Berman, An Evening With Tim Heidecker features Tim in his natural element not holding back on the joke drama. He covers topics like “modern inconveniences, PC culture, politics and marriage.” It’s everything fans would come to expect from the performer, so be prepared for the unexpected.