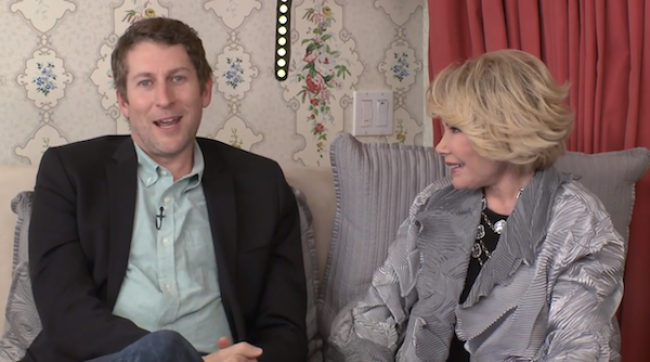 America loves it’s Comedy Bang! Bang! So, OF COURSE, we also loves Scott Aukerman! Scott dropped by In Bed with Joan to talk comedy and play games with the hilarious Joan Rivers. Scott discussed the proper way to pronounce his wife’s name, the worst guest on Between Two Ferns, the Ed Sullivan-inspired episode of CBB, plus a horrible April Fools prank he’s so so sorry for (we think). Enjoy and Happy Bastille Day!

Mentions: Watch all episodes of In Bed with Joan HERE! Comedy Bang! Bang! is back in the Fall.